Here are Two Simple Techniques that will Improve your Business. 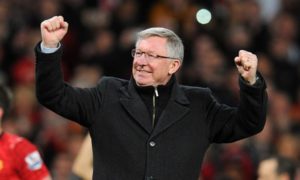 I am reading a fascinating book by legendary and very successful soccer coach Sir Alex Ferguson. In 38 years of managing soccer teams in the UK, including helping to make Manchester United one of the biggest clubs in the world, he won an astonishing 49 trophies. His book, “Leadership” is about his insights to his success. I love his quote on leadership:

“My job was to make everyone understand that the impossible was possible. That’s the difference between leadership and management.”

The first two skills he identifies, I believe, are essential for every leader in a business to be successful and get the best out of their teams. He lists listening and watching as critical skills that every leader obviously possesses but must use more often – “If you are leading people, it helps to have a sense of who they are, the circumstances in which they are raised, the actions that will draw the best out of them and what doesn’t work. The only way to figure this out is by two underrated activities: listening and watching.”

1. Listening – This is all about spending time conversing with your team but instead of doing all the talking, listen. Ferguson spent a lot of time doing this with his players and opponents and it helped him get a sense of what made them tick as well as picking up so much great advice from other managers that have helped him along the way.

As a leader you can apply the same skill in the following ways:

2. Watching – Another under-utilised skill that costs us nothing. Ferguson learnt the power of observation early on in his managing career when he was made aware of his tendency to want to control everything. His assistant had nothing to do as Ferguson just took over, being the control freak he was. Once he was made aware he found the power was in being able to observe which he couldn’t do if he was directly involved in everything.

He says “You can see a lot more when you are not in the thick of things. Changing my style to be observant was the most important decision about the way I managed and led.”

This is brilliant advice and one of the biggest challenges for most leaders – we don’t sit back and watch as we are too busy doing. Here’s my thoughts on how powerful the skill of watching can be:

Hope the above two tips have been helpful, when I uncover some more gems in Ferguson’s book, I’ll happily share them.