Why is it so Hard to Give Feedback? 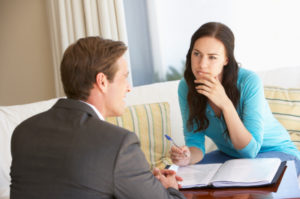 One of the main areas we help a lot of store managers with is, the ability to provide effective feedback that actually works. The style of feedback we teach results in approx 99% of staff being open to hearing the feedback which they accept and either continue to do a great job or improve to the level you require. So what’s so hard about giving feedback? Here are the main three reasons that we come across:

Why feedback is so important.

Most of us want to do a great job, we go to work to do the best job possible, how could we know if we are doing well or not without feedback. It’s a fundamental human need, to know where we are at. I believe 99.9% of people want to improve or be told they are doing a great job, so it’s up to us as managers to fulfill this need.

According to Michele Luke, from the University of Sussex, “people tend to respond better to just positive feedback rather than anything negative or critical.” No big surprise there, however, her research found out that over time the most satisfying feedback was improvement feedback. This type of feedback which starts out identifying how the person could improve and then catching them doing it right when they succeed resulted in a stronger sense of self-improvement.

From our point of view, we always suggest you catch your staff doing it right – focus on what they are doing right and tell them. Do this frequently, particularly if it’s a task or process they are not yet consistent at. When they get it right tell them, rather than wait until they get it wrong. Everyone responds well to positive feedback.

If they aren’t doing it right at all then obviously you can’t praise them, so follow these simple steps for the method that works with most staff:

If you follow these five simple steps your ability to give effective feedback will improve dramatically. Your team will be more open and positive, and you’ll improve the way things are done.

A great result all round I reckon.