What Are The 4 Key Behaviours of Successful Leaders? 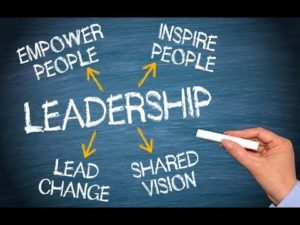 We all know that leading a team of people is extremely rewarding, yet very challenging. Business today is tough, competitive and retail stores are under massive pressure to perform. I believe that strong leadership is critical for a business to survive and be successful in today’s world. I read a very interesting article published recently in Harvard Business Review (HBR) that identified four key behaviours that set successful leaders apart. Well worth sharing and doing a self-analysis on yourself.

We often think leaders have to be extroverted and charismatic leaders to motivate and inspire their teams to success and beyond. Not the case, as the research revealed, often it was the introverted leader that was slightly more successful. However, their most dramatic findings centered around four key behaviours (of the 30 behaviours they evaluated) that all successful leaders shared.

The research found it was rare that leaders excelled in all four behaviours. However, roughly half the strong candidates (who had earned an A overall on a scale of A, B, or C) had distinguished themselves in more than one of the four essential behaviours, while only 5% of the weak candidates (who earned a B or C) had.

Behaviour 1) Deciding with speed and conviction

This is not about making all the right decisions, it’s about making a decision and getting on with it. The researchers discovered that high-performing leaders do not necessarily stand out for making great decisions all the time; rather, they stand out for being more decisive. They make decisions earlier, faster, and with greater conviction. They do so consistently—even amid ambiguity, with incomplete information, and in unfamiliar domains. In the research data, people who were described as “decisive” were 12 times more likely to be high-performing leaders.

Once a clear course of action has been set, successful leaders need to get buy-in from the key people around them – team members, board members and other stakeholders. Leaders who excel at bringing others along plan and execute disciplined communications and influencing strategies.

This is such a critical step, as without buy-in from all levels progress is slow and change eventually stalls. Successful leaders plan this stage carefully and look at the positives and negatives from all angles. Leaders who engage stakeholders do not invest their energy in being liked or protecting their teams from painful decisions. In fact, both those behaviours are commonly seen in lower-performing leaders. Instead, the skilled leaders gain the support of their colleagues by instilling confidence that they will lead the team to success, even if that means making uncomfortable or unpopular moves.

“Times are a changing” as the old saying goes and this is reflected in the ability of successful leaders to adapt and change with what comes along. They review setbacks to their plan as learnings and not as failures and are open about how these setbacks helped them to do better next time.

All leaders know they have to focus on short, medium and long-term goals, however, successful leaders spent more time (as much as 50%) on the long-term view as well as focussing on the short and medium term. This long-term view helped them pick up on early signals and warning signs. As a result, they sense change earlier and make strategic moves to take advantage of it.

The ability to consistently deliver results was seen as possibly the most important of the four behaviours. This is linked to setting achievable goals in the first place and making it happen. The researcher’s data supported the paramount importance of reliability. A stunning 94% of the strong leaders they analysed scored high on consistently following through on their commitments.

Another key link to this behaviour was the fact that great leaders surrounded themselves with strong team members. The successful leaders move decisively to upgrade talent. They set a high bar and focus on performance relevant to the role rather than personal comfort or loyalty—two criteria that often lead to bad calls.

coaching customer experience customer service customer service in retail dealing with poor performance Effective marketing Effective merchandising techniques Effective training Empowering your team Encouragement exceptional customer service feedback and coaching giving feedback how do you provide an amazing customer service experience? How to be a better leader How to be an outstanding leader how to get more customers How to give effective feedback how to improve team accountability How to improve your leadership skills How to increase sales How to make your window displays stand out How to merchandise your store effectively increasing sales Increasing sales in your store Increasing team member performance Key skills of a great manager Leadership leadership skills lead to empower Motivating your team Peer coaching positive feedback Recruiting the best person successfully selling techniques teamwork technology in retail Visual merchandising ways to reduce staff turnover What makes a great manager? What makes an effective leader? What skills does a great manager need to have? why setting clear expectations is critical • What are the tips to retail sales success? • What makes a great sales person?