Are You a Seagull Manager? 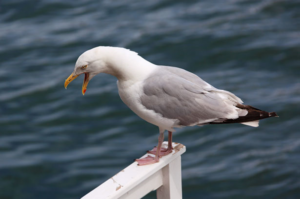 I have had the pleasure of working with Australia’s greatest bakery, the Beechworth Bakery, for over 15 years and trained hundreds of their staff during this time. I also get to work with Tom O’Toole, the founder when we run our half day Bread workshops (no we don’t teach how to make bread it’s a leadership course – online video coming soon).

For anyone who has seen Tom present, you will know he has a lot of great one liners and stories to reinforce how he turned the bakery around. When he took it over the turnover was around $100, 000 per annum and Tom and his team grew this to over $3 million in the tiny town of Beechworth.

One of Tom’s great stories is how he had to change his ways from being a seagull manager to being more of a leader. Now by seagull manager he meant coming into work, finding faults, making lots of noise about the errors, dumping negative feedback on his staff and then leaving. He continues by saying, he felt better afterwards but they didn’t. The end result of course was upset staff, great staff that left, a decline in morale and staff on tenterhooks.

So Tom had to learn a better way. He went from catching people doing things wrong to catching people doing things right. How often do we as business owners or managers focus on the things our staff are doing wrong. Now I am not saying to not address these issues, but often we can look for patterns and if the staff are getting it right some of the time why not catch them doing it right. Staff are much more receptive of positive feedback and it’s much easier to give.

Tom has another great saying, which is “Don’t blame them, train them.” In my experience there are only two reason why people don’t do the right thing – they don’t know how to or they don’t want to. I firmly believe that at least 95% of the issues fall into the first category – they don’t know because they weren’t trained properly, or they have either forgotten or gotten a bit slack.

Most issues are quite easy to fix as long as we deal with it when it happens and our feedback is constructive. There are many reasons why things go wrong, but so often it’s because the owner or manager hasn’t followed up with the staff member in a timely fashion.

It could also be a system or process error. Something is getting in the way of allowing the person to do the job properly. As the founder of the Ritz-Carlton has often said, if something goes wrong once, it might be the fault of the employee.  If it happens twice, it’s definitely the system.

And that’s what’s most important about an understanding of customer service systems – gaps in the organization are almost always the result of a breakdown or lack of an appropriate Service System.

So, how do you discover the systems that are missing or misaligned? It is first and foremost dependent on building a culture where mistakes are embraced as learning opportunities, and customer complaints are seen as opportunities for improvement. Turning every issue that comes up into a witch hunt will make your sales team timid to the extent that they’re more focused on covering up, rather than on providing service. You need your employees to tell you when they’ve made a mistake – so that it can be fixed in the future–systematically.

So don’t be a seagull manager, focus on catching your staff doing it right and if they do make a mistake, help them and together discuss a better way for the future.