Amazing Performance Is All About Who You Sit With 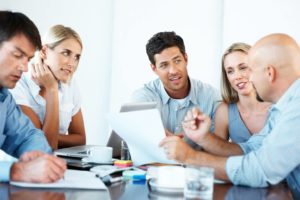 I am still hearing the same comment when I talk to store managers, Regional managers, CEO’s and visit stores – “we can’t find the right people.” I know it’s tough but I also know the right people are out there waiting to be found. We have to be open to changing the way we look for these people if what we are getting is not right.

When we do find a good one, we have to manage them well, a topic I have covered in detail a number of times previously. There’s so much choice these days that staff can simply move on somewhere else if they are not getting what they want.

There is also a big danger in bringing someone in who is not right for the existing team or having a long-term team member who has lost their drive and passion. As Tom O’Toole says, “sometimes we keep our people past their use by date.” So true, store managers lament the fact that it’s not the new team members who are the challenge it’s the existing ones who have been around a while.

Some research I came across has really backed up the perils of having the wrong team members in your business and highlighted the benefits of the right team members, in the right role at the right time. The research that appeared in the Harvard Business Review recently, was based on two years of data on more than 2,000 employees looking at things like productivity, effectiveness, and quality. It was based solely on who sat next to who in the workplace and the level of spillover from one worker to the next.

Their research uncovered that a team member’s neighbour had a significant impact on an employee’s performance which can be either negative or positive. There was as much as a 10% spillover of performance to their neighbours. Replacing an average worker with one who is twice as productive results in his or her neighbours increasing their performance by 10%.

Not a major surprise, as I’m sure you all know, some combinations of team members work better than others, however, if we could all achieve a 10% increase in productivity just by having the right people together, I’m sure we’d take it.

The research also found that pairing people with opposite strengths also worked to a great advantage. The speed of work increased by 13% and there were 17% fewer unresolved tasks when a fast worker (productive with less quality) and a quality worker (produces superior work but slowly) were paired together.

The last finding is pretty obvious but a great reminder for all of us – separate toxic workers (or better still get rid of them). If toxic workers were paired together it increased the probability that one of them would be terminated by 27%. Also, toxic workers won out, a non-toxic worker has more chance of becoming toxic if seated with a toxic worker.

Based on getting the seating right, there is a massive financial opportunity that the research team uncovered. They estimated a strategic seating plan could increase annual profits by $1 million from greater productivity for an organisation of 2,000 workers. That’s roughly $500 per worker, for no extra overhead, just a bit of planning. What could this mean for your business?

In summary, the lesson is getting the right team members working together will help to increase productivity. Not always easy but if you have the ability to determine who works with who here are some of the options: